In preparation for tomorrow’s February Droughtlander video, the puzzle piece photo from yesterday was revealed completely for a new official photo.  It is of Claire (Caitriona Balfe) and Jamie (Sam Heughan) having a conversation away from a crowd of people.  We still do not know if the video will be from a new or old episode. 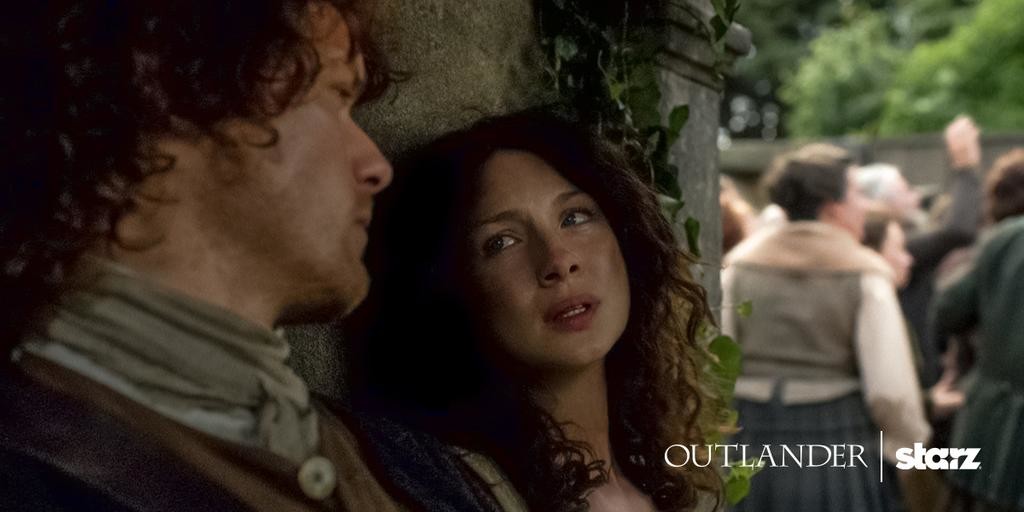