As promised earlier this week, Starz has released the opening scene from episode nine of Outlander with a short introduction from executive producer Ron Moore. While Claire’s narration dominated earlier episodes of the series, the latest scene features voiceover from Jamie as he skips stones along a stream. The scene may also bring back memories of the premiere episode, as Jamie repeats some of the words spoken by Claire in “Sassenach” (“Strange the things you remember…”). Outlander returns to Starz on Saturday, April 4th at 9pm. 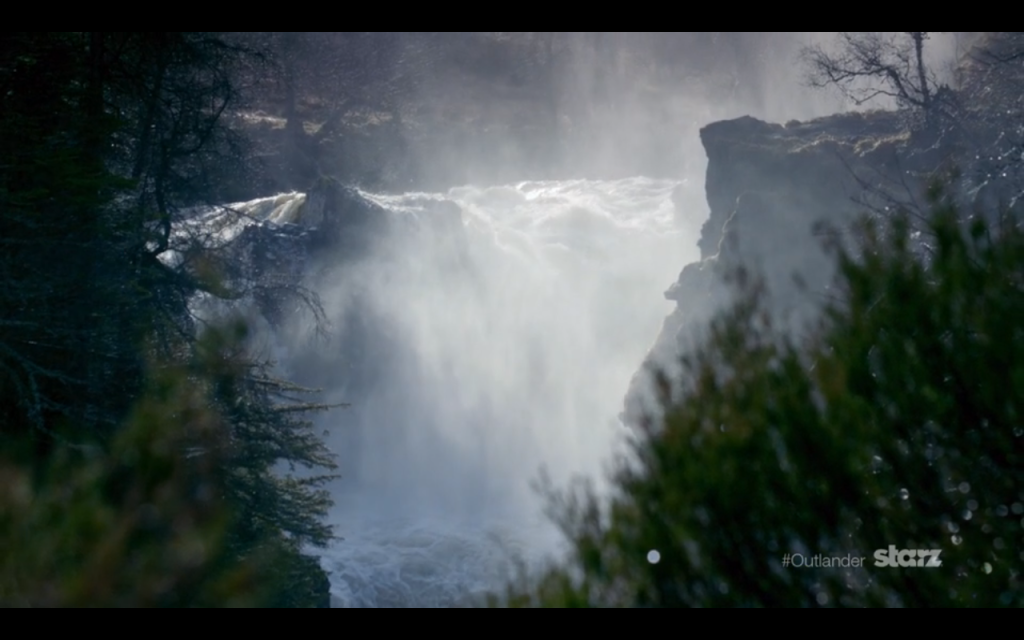 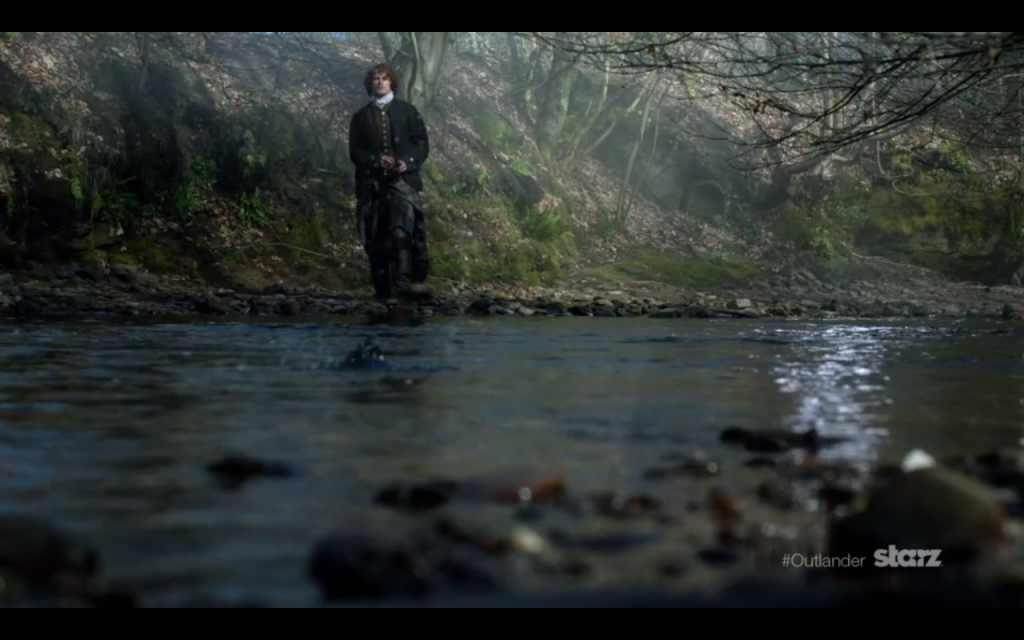 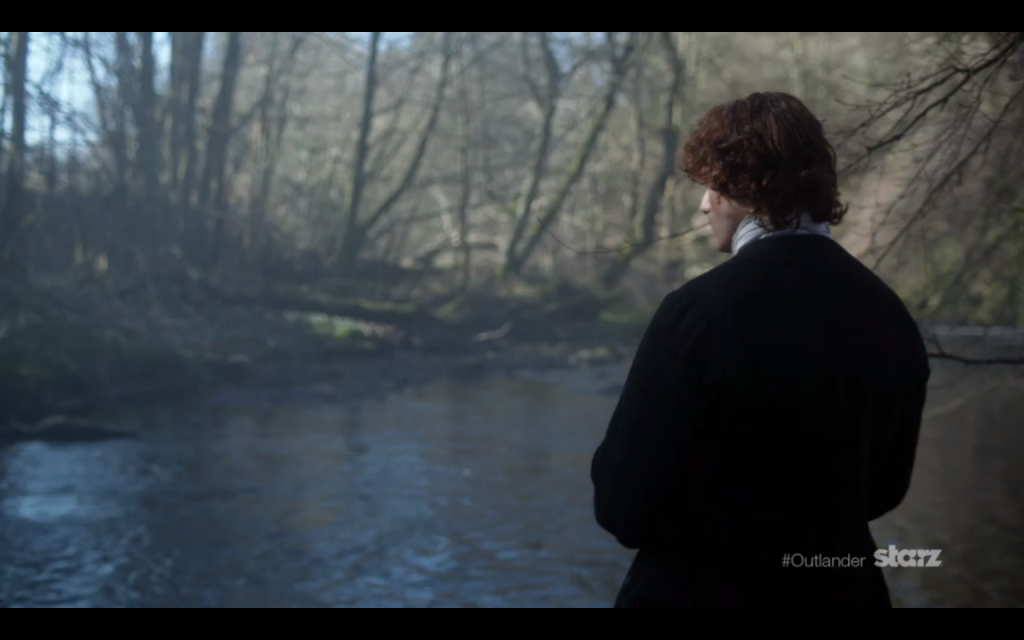 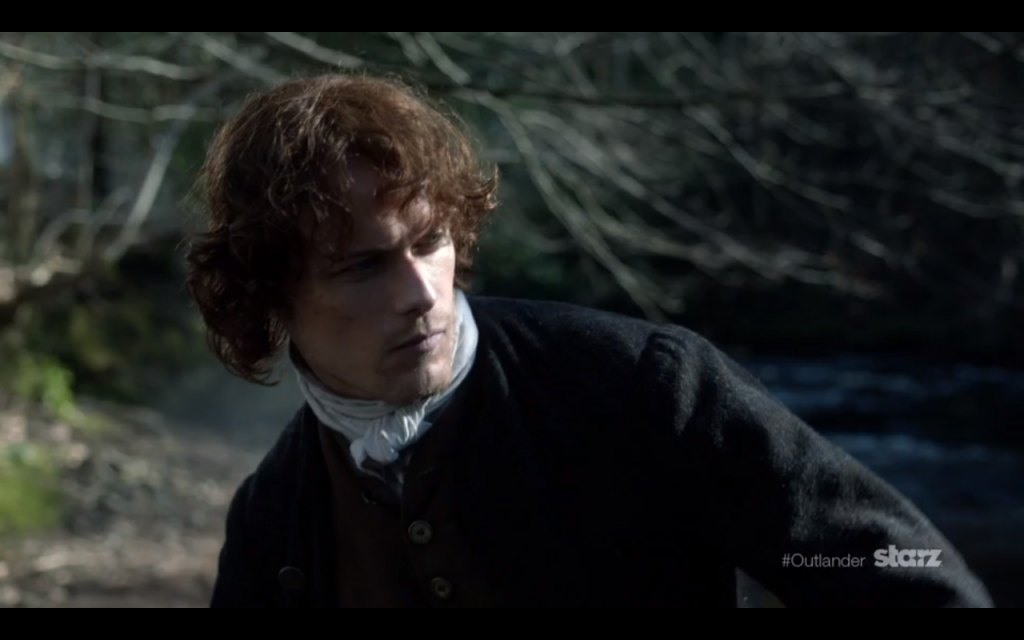 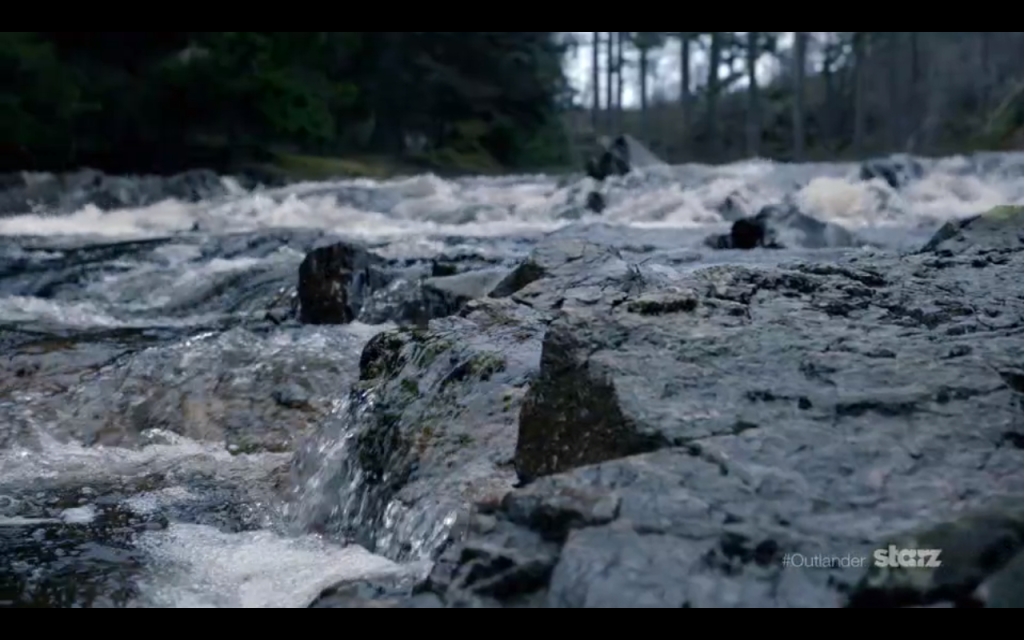 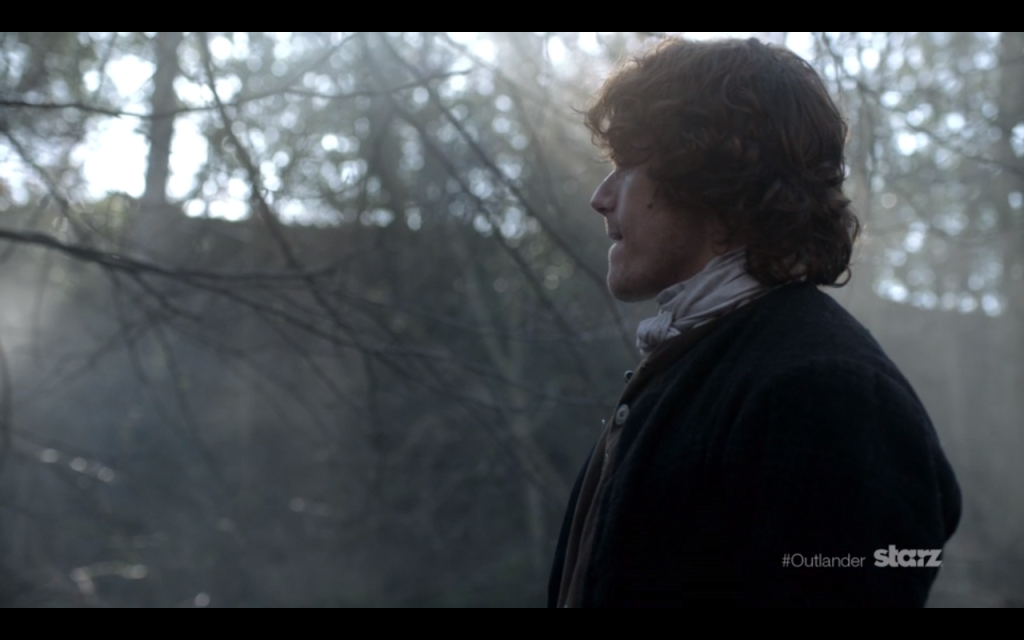 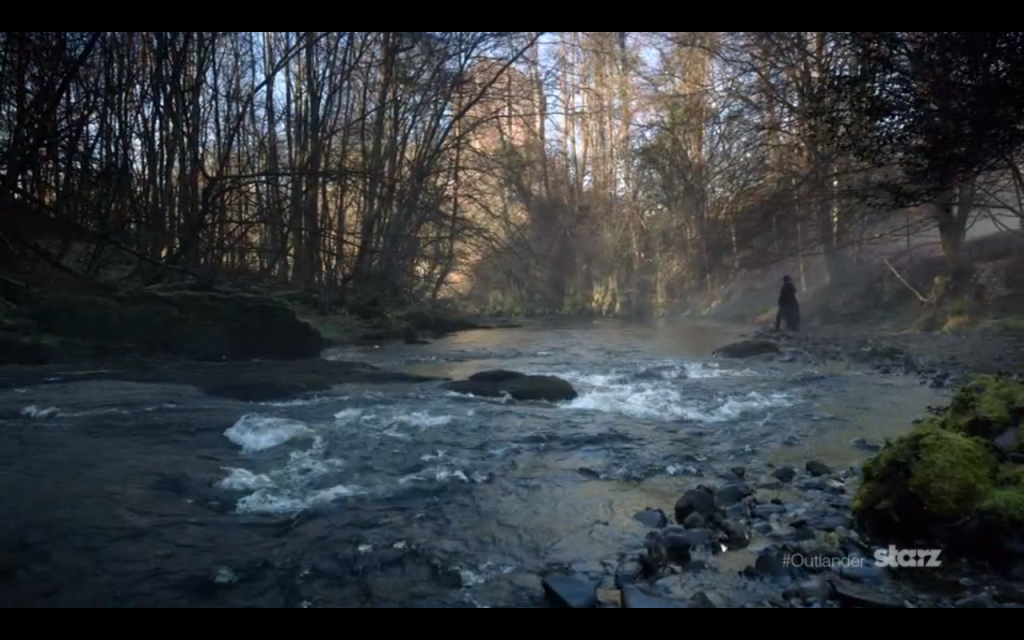 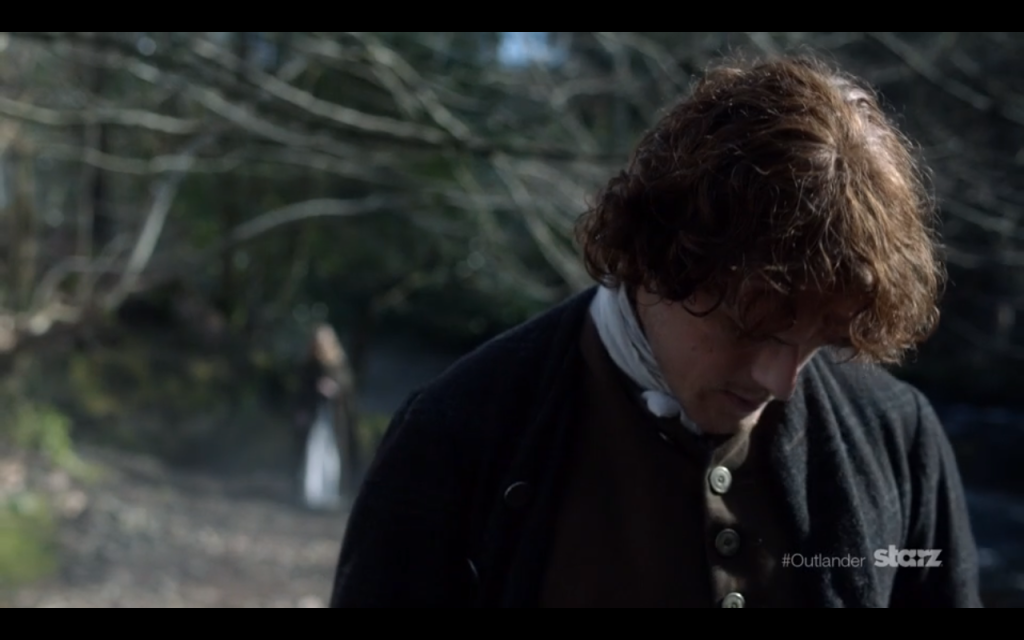 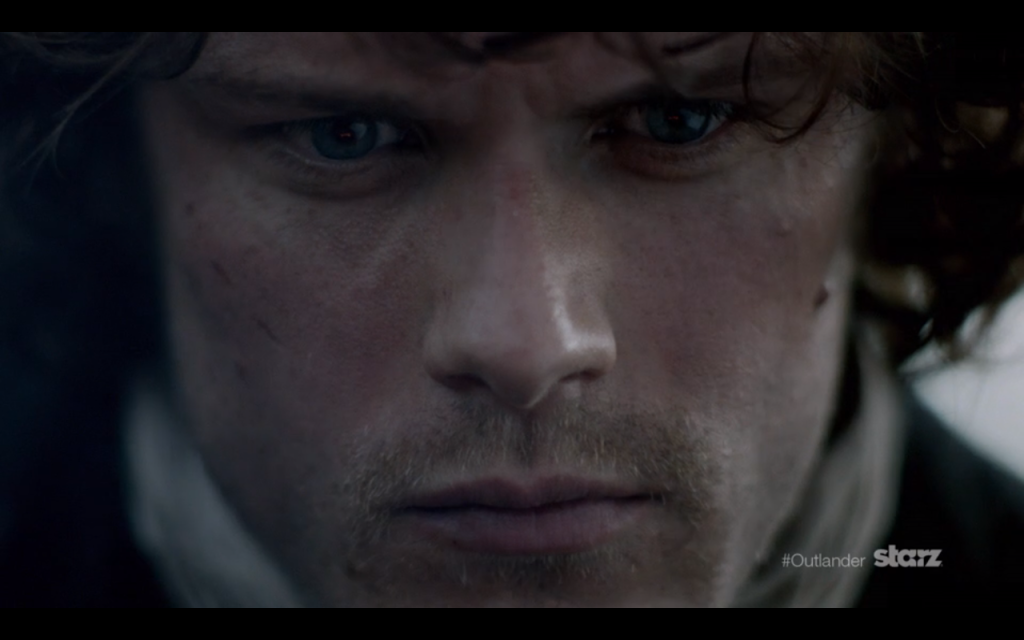