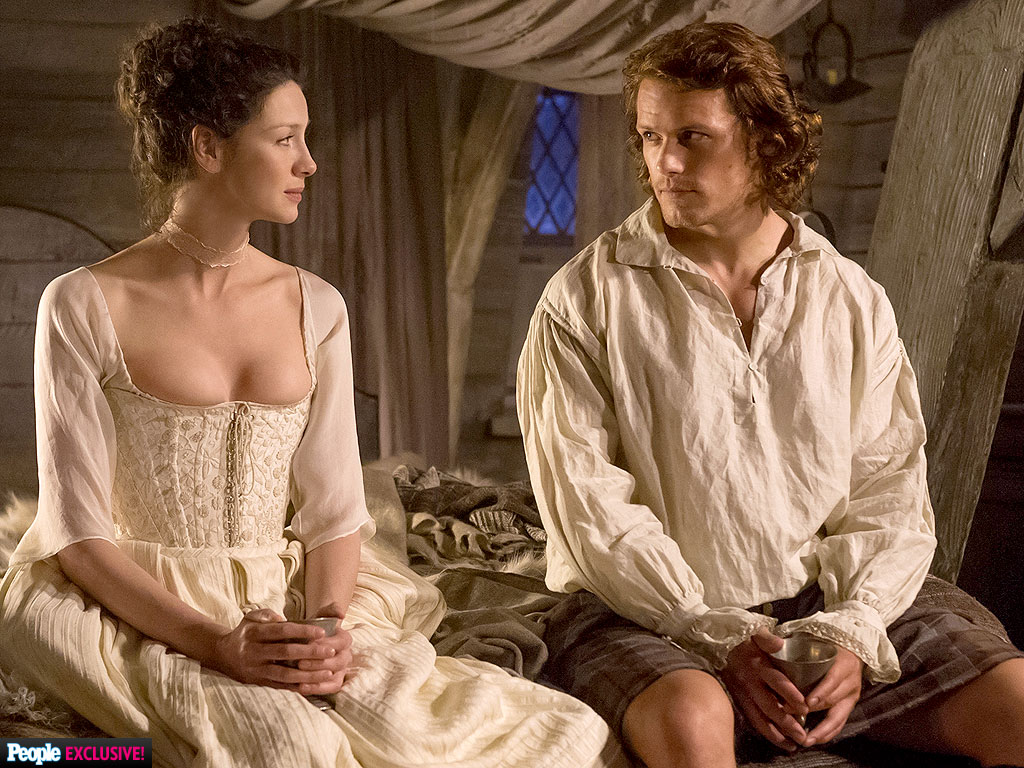 Elle Magazine conducted an in-depth interview with “The Wedding” episode writer Anne Kenney.  Below are excerpts, but a read of the whole interview is a must.  This is pretty much the most detail we have heard about that episode from a writer’s standpoint (other than Diana Gabaldon).  Warning: the Elle link is NSFW.

How conscious of an act was it to create a sex scene women could not just recognize, but feel?

Well on one hand, the scene is very rooted in the source materials, so it was fairly inevitable. I had an embarrassment of riches to choose from the novel; Diana is very explicit in this regard, which is one of the reasons everyone loves her book. Still, it wasn’t a conscious choice on my behalf to sit down and write this hot sex scene. It happened more organically. This was a scene written by a woman (Gabaldon), adapted by a woman (Kenney) and directed by a woman (Anna Foerster). When women are in positions to make decisions and choices behind-the-scenes, you will often get to see something a little different on-screen.

Yeah, it’s like ‘Hey, equality  and consent really can be super sexy.’

They are constantly checking in with one another throughout the scene. It goes back and forth. And they ask for things, too, like when she asks to see his naked body. When we were shooting, at one point [director Anna Foerster] said to [Sam Heughan]: ‘Think of it as him wanting to know if she is hot or cold.’ The touch here is not a grab, it is an act of curiosity.