Starz gave us a puzzle piece look yesterday at the new official photo for January fourth’s “Droughtlander.”  Tomorrow a scene from the show will be revealed that we have not seen before.  Based on the photo and if it is from an already-aired episode, it may be a scene from “Rent” or “Both Sides Now.”

In the photo is Claire (Caitriona Balfe) with Murtagh (Duncan Lacroix), Angus (Stephen Walters), and Willie (Finn Den Hertog) in the background.  They are all on horses. 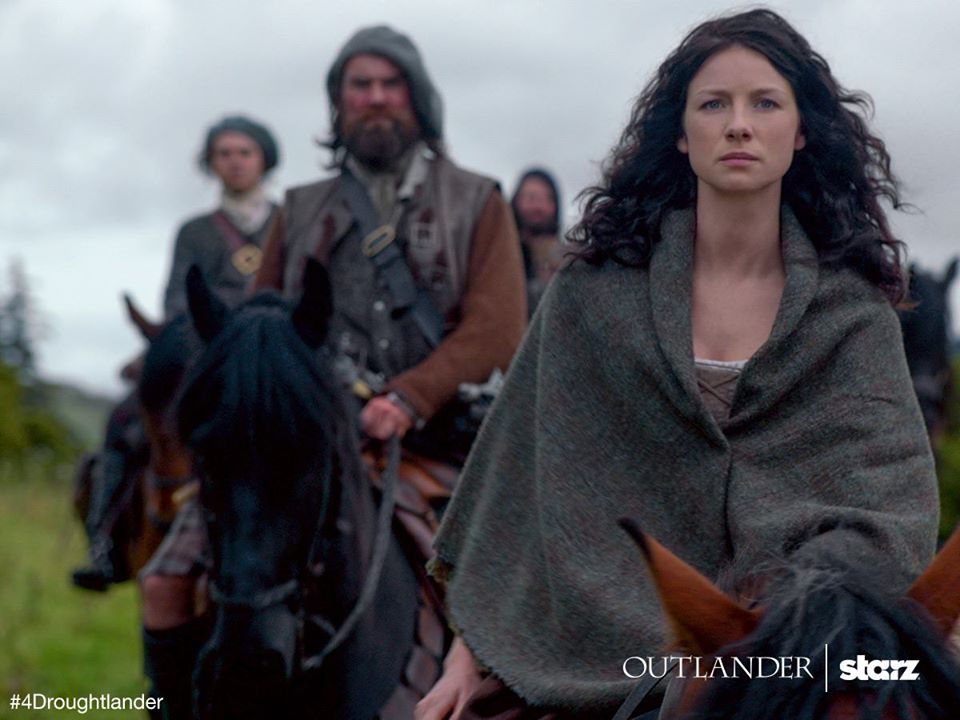