This past week in Outlander behind the scenes goodies . . .

A man on a mission. #OutlanderSeries #STARZ #BehindTheScenes #BTS

We can feel the tension from here. #OutlanderSeries #STARZ #BehindTheScenes #BTS

The new third trailer for the second half of season one gave us two behind the scenes glimpses, both are shown below. One is of Caitriona Balfe and Sam Heughan playing Claire and Jamie arriving at Lallybroch. The other has Caitriona Balfe, Stephen Walters, and others on the shore. 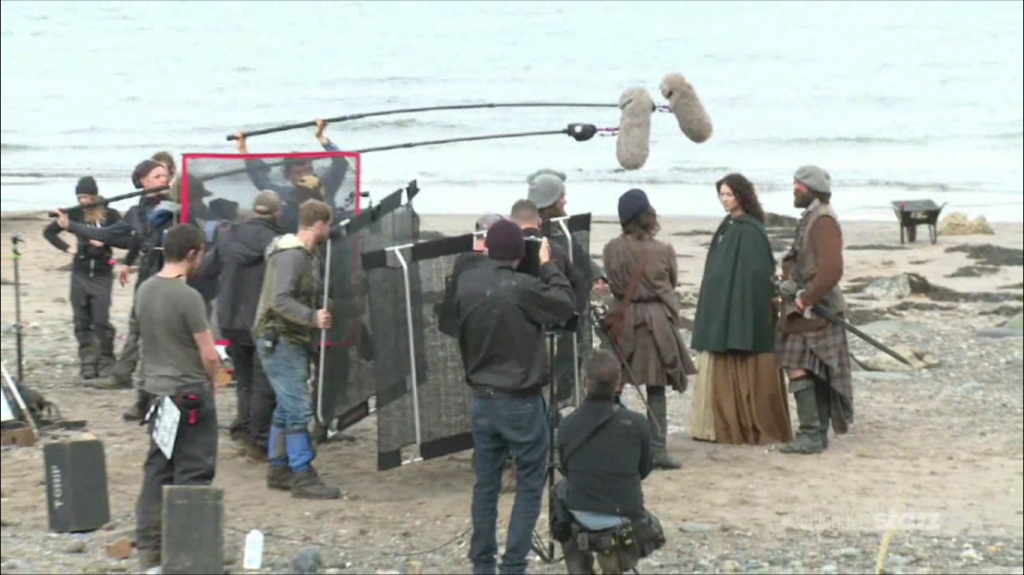 U guys are good #GuesstheEp it was Ep 104 The Gathering at the boar hunt @Outlander_Starz #Outlander #outlanderfans pic.twitter.com/P6AZi4Ckaq

Yesterday's #GuesstheEp was Ep102 Claire and Jamie were at the stables @Outlander_Starz #Outlander #outlanderfans pic.twitter.com/bW1YQVcG2o

Blast from the past Ep101 @Outlander_Starz taking a break after rehearsal while the cameras set up #OutlanderFans pic.twitter.com/NKWCS77Gng

Merlin the #Outlander/Lallybroch dog is waiting patiently for April. It's worth the wait #Outlanders!@Outlander_Starz pic.twitter.com/DEjNbDpJNU

@TheRonTerryShow I think this rumor has been exaggerated. There will be a bit.