With so many “sexy” men in the Outlander cast, at least one of them was bound to be in People Magazine‘s Sexiest Man Alive issue, right?  It looks like Sam Heughan is the only one to appear in the issue this year.  He is the feature on sexy men in other countries.  He is in the Scotland block.  At least his large head stands out amongst the others. 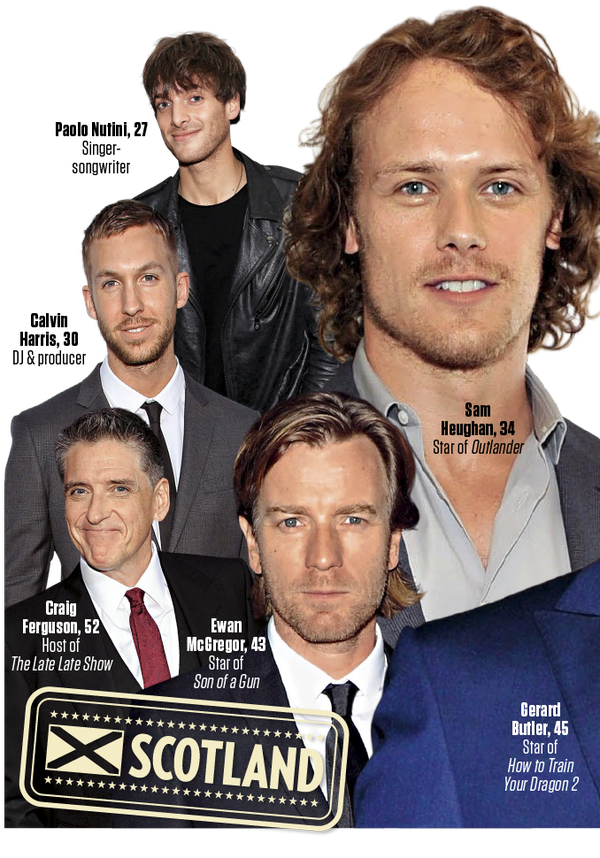 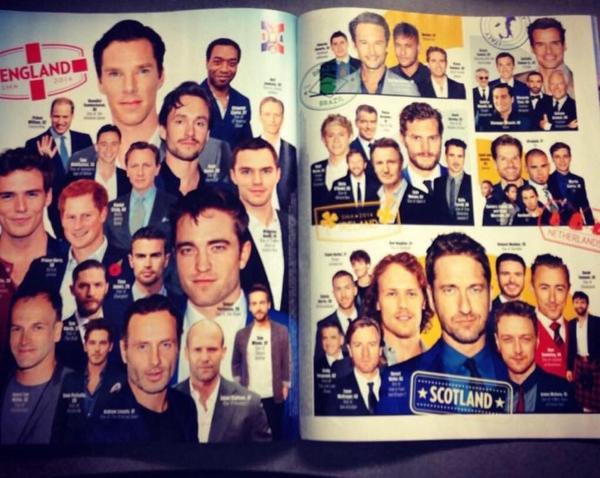 Thanks to Charise Payne and Waves of Change for sharing the photos.