Today, we have our first official photo and video of season three of Outlander, but they are both behind the scenes.  In the video, Sam Heughan is on his first day of production on season three and they are indeed filming Culloden.  In the photo, we see the aftermath of the video, Sam Heughan torn and bloodied from fighting in Culloden.  Does the costume in the video look familiar? 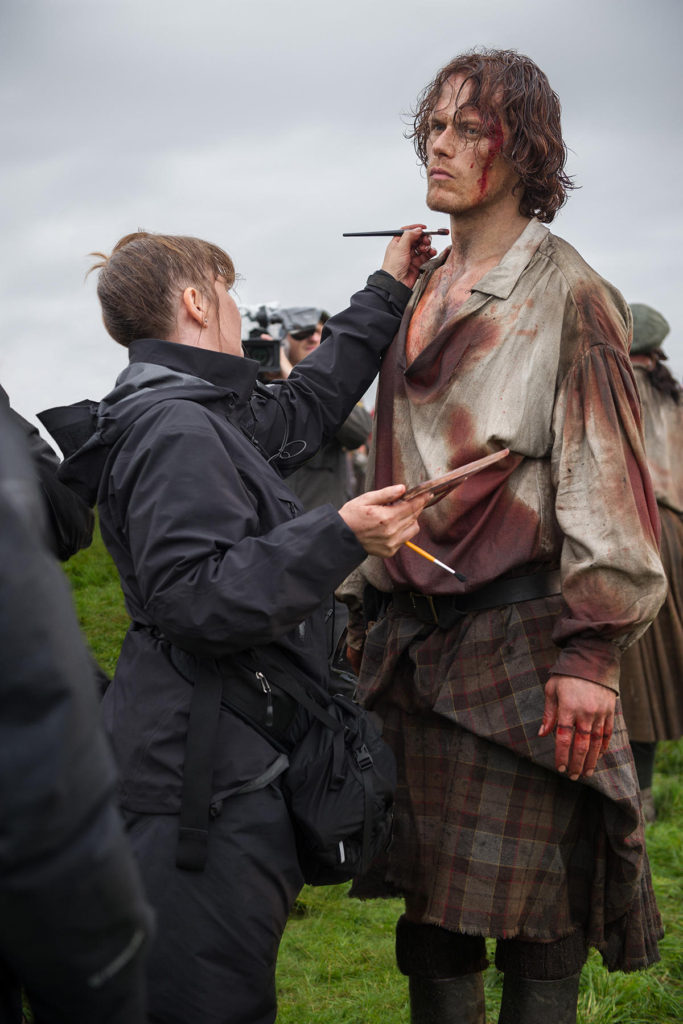 Reference photos for the video above from episode 213: 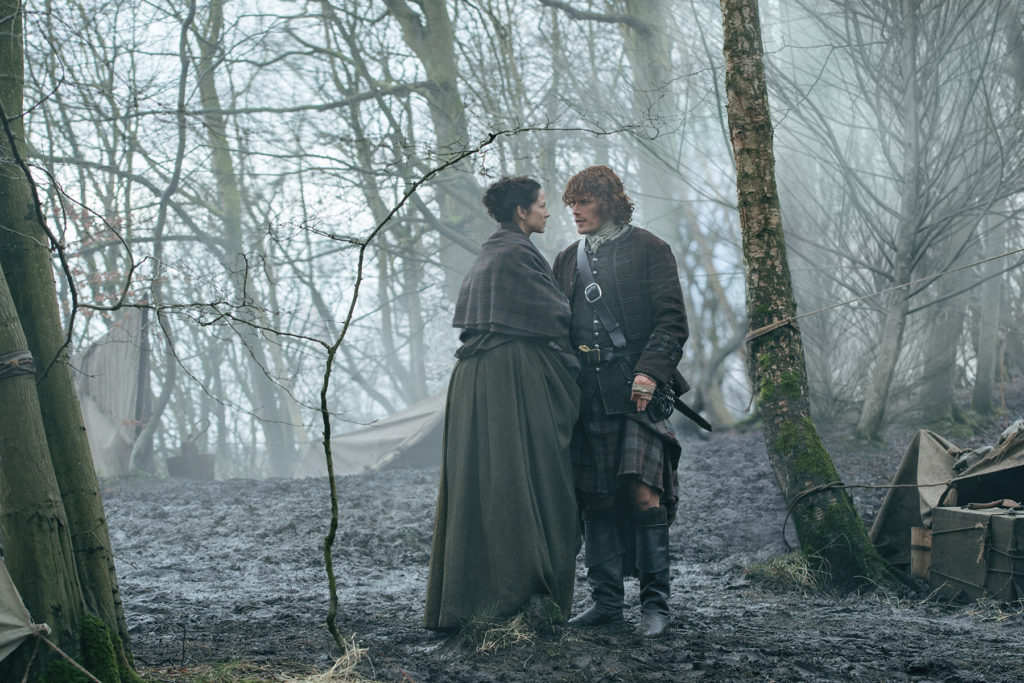